Looking toward a November 1969 premiere, the producers of Sesame Street were busy over the summer testing pilot shows on audiences to see what worked. Having provided a sales presentation film for the show at the start of the year, Jim began designing the Muppet characters that would populate the show. While the final form of the show wouldn’t coalesce until the end of the summer, it was clear they would need a lot of material teaching the alphabet and numbers up to 10 to use as inserts. Jim jumped right in, drawing up storyboards for a series of films counting from 1 to 10 featuring a clumsy baker. He presented them in March and on May 28th, went into the studio to start production. Learn about this first series of counting films.

See Jim’s “Number 5” counting film – this was shot before the Sesame Muppets were ready so look out for a bunch of Muppet monsters including a proto-Grover. 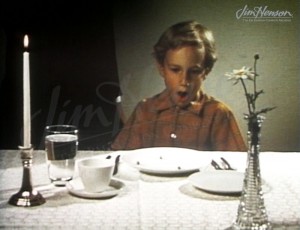 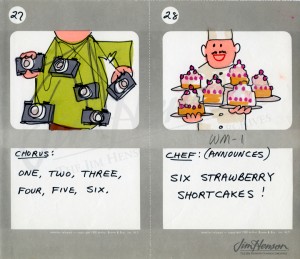 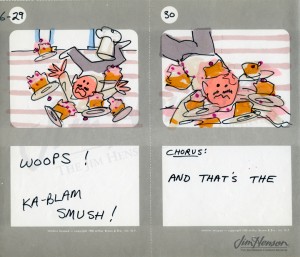 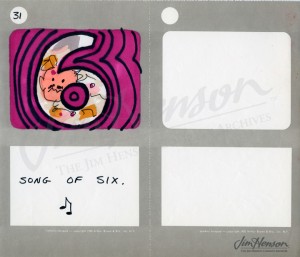