In the 1970s, Jim developed a friendship with and tremendous respect for a member of the Sesame Street Magazine team, Jocelyn Stevenson. At Children’s Television Workshop, Stevenson met Peter Orton (in charge of the CTW International Department) who introduced her to his brother-in-law and her future husband, Charles. Stevenson moved to Scotland to start her married life, and Jim offered her work with the Henson UK office working on Muppet Show books. Two years later, she had a son, Frederick, and the Henson family flew up to Scotland (on the weekend between taping the Paul Simon and Linda Ronstadt episodes of The Muppet Show) for the baby’s christening. But, like everything in his life, personal and professional overlapped, and at the luncheon, seeds were planted for the next Henson series – Fraggle Rock.

With his experience from the various global co-productions of Sesame Street, Orton recognized that Jim had a tremendous opportunity. Jim’s work was known around the world (The Muppet Show was airing in over 100 countries) and they had connections with television producers on several continents through CTW. Jim could make a program that was conceived for international audiences from the start. Orton arranged to sit next to Jim at the christening lunch and proposed developing an international show. Jim was intrigued and starting thinking about what could be accomplished. If messages of tolerance and understanding and lessons about conflict resolution could be presented in local languages in a child-friendly way, perhaps Jim’s viewers would take these ideas into adulthood and as the next generation of world leaders, cause peace to break out everywhere. The result was 96 domestic Fraggle Rock episodes, three co-productions and shows dubbed into a host of languages.

Read about a similar idea that Jim first considered in the 1960s that may have laid the groundwork for Fraggle Rock. 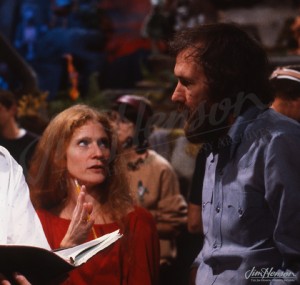 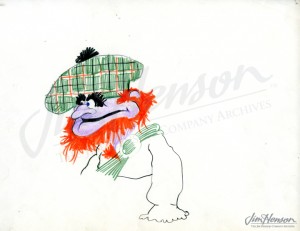