Jim’s embrace of all types of music was evident from the range of styles and performances showcased on his first show, Sam and Friends, and in a big way on The Muppet Show. Fraggle Rock’s original music also celebrated the diversity of expression available through song. It was clear from Jim’s experience on Sesame Street that music was a great educational tool, too, and he was enthusiastic about pursuing a suggestion from his colleague Jocelyn Stevenson about focusing a television show on it. Read about the development of this project which, in 1988, emerged on television as The Ghost 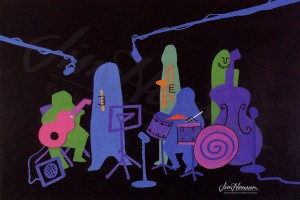 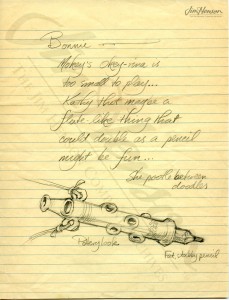 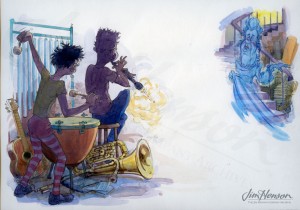 John Percival’s illustration of Mel and Moto from The Ghost of Faffner Hall, late 1980s.