By 1974, Sesame Street was a huge hit and integral to the spread of public television and the awareness of its programming around the country. Just a year after the show premiered on National Educational Television (NET), PBS was created and quickly consolidated the educational airwaves under its banner. Though part of the children’s programming line-up on stations that featured innovative prime time material, Sesame Street was probably the best known show on PBS in the 1970s (and perhaps still today) so it was sensible for the Muppet characters to make promotional appearances for the network. Along with making those spots, Jim supported PBS in numerous ways including appearing live on their various marathon fundraising drives. The Jim Henson Company continues to support PBS today, and the JHC shows Dinosaur Train and Sid the Science Kid are an integral part of the current PBS Kids line-up. 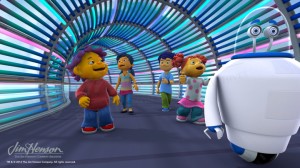 Sid and his friends appear in their own Sid the Science Kid movie, the most recent JHC project for public television, which premiered on PBS on March 25, 2013. 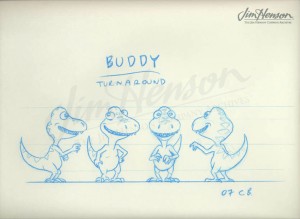