As a teen, Jim sat wide-eyed watching television’s most inventive puppeteers including Burr Tilstrom, Bil Baird and Edgar Bergan. Señor Wences was another celebrated TV (and stage) puppeteer, and for Jim, having him on the show represented an ascendance to that pantheon of greats. It was both gratifying and humbling that this man who had been welcomed into so many living rooms via The Ed Sullivan Show and others would be a guest on Jim’s show. To that end, Jim treated Señor Wences with respect and provided an opportunity for the aging star to perform his act with his most memorable characters, Johnny and Pedro, without the interruptions of the Muppets.

To honor the guest star, Jim made the rest of the show a paean to puppetry. (Described by Kermit as “A complete change of pace!”) One sketch featured Pinocchio who later went for a nose job under the knife of Dr. Bob. The Swedish Chef demonstrated bread dough puppetry and Beauregard performed his Punch and crocodile puppets. Jim used the show as an opportunity to showcase the work of an imaginative puppeteer Bruce Schwartz (who would later be the subject of one of Jim’s World of Puppetry documentaries), and Fozzie practiced the art of the marionette. Gonzo was confused by the whole thing, asking “What’s a puppet?” When it was explained to him, he said that puppets are stupid and boring. In language often used by Jim and his team to describe their work, Gonzo asked, “Who wants to watch dolls wiggle?” 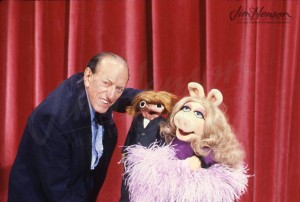 Señor Wences, Johnny and Miss Piggy on The Muppet Show, 1980. 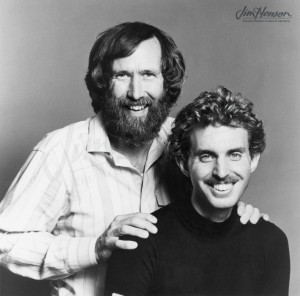