Jim taped his second “Tales from Muppetland” special, The Frog Prince, during the last two weeks of March 1971. He spent much of April editing it and screened it for colleagues and friends on April 26th. It aired in syndication on May 11th. The group that made up the production team represented the careful effort Jim had made over the previous years to bring together talented people in a strong concentration that would help him realize his vision in a big way. His decade-long collaboration with Jerry Juhl who wrote the show meant that the script was well developed with characters that had grown and evolved into fully formed personalities. Joe Raposo, the bard of Sesame Street, knew just how to write meaningful and lively songs for Muppets. Don Sahlin’s team in the Muppet workshop included Kermit Love, Bonnie Erickson and Caroly Wilcox who understood Jim’s design aesthetic, worked well together and offered a range of skills. And the performing group, led by Jim, Frank Oz and Jerry Nelson, had honed their rhythms on several projects during the previous few years and were working at the highest level.

This tightly woven team allowed Jim to reach for a polished production and introduce two new characters with charming personalities that would prove essential to the Muppet family: Robin the Frog and Sweetums. And Kermit, who had spent the 1960s trading flippers for feet and back, was now firmly a frog. Although he had been referred to as a frog off and on for at least five years, The Frog Prince was a bit of a coming out for him, firmly announcing his amphibian identity. To that end, on May 2nd, The New York Times featured Kermit as a guest book reviewer, discussing eleven frog-themed books in the Sunday paper.

Learn more about The Frog Prince. 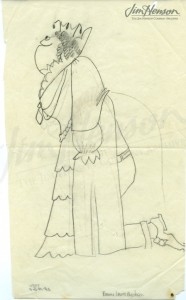 Bonnie Erickson’s costume plan for Taminella for The Frog Prince, 1971. 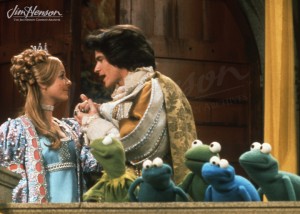 Kermit the Frog is center stage in The Frog Prince (with Trudy Young as Princess Melora and Gordon Thomson as the human Prince Robin). 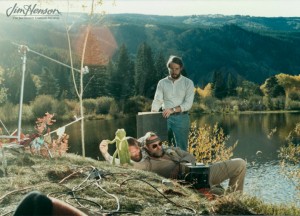 Jerry Nelson performing Robin the Frog (with Jim and Larry Jameson behind) in the television special, Rocky Mountain Holiday, 1982.