When Jim was hired for the first season of Saturday Night Live in 1975, his contract stipulated that he would create puppets specific to the program and that he and his team would perform them. There was no discussion in the contract about providing script content for the show as NBC insisted that the regular SNL writers write all of the scripts. This was a frustration to Jim; it was hard for the SNL team to “get” the Muppet characters and create dialogue that Jim and his team felt really worked with them. So, for the almost final Muppet appearance, the opportunity for Jim to write his own script from the denizens of the Land of Gorch was notable.

Jim and his team had been away for a couple of months in London to tape the first Muppet Show episodes, and the Gorch set at SNL had been dismantled. The last few outings for King Ploobis, Scred and the others were conversations with a cast member or guest star about leaving (this went on for several shows) and seemed to work better than the self-contained sketches. Jim already knew that his characters worked best this way, having regretted that he left humans out of his Muppet Show pilot “Sex and Violence.” The two shows for The Muppet Show series that he taped during his time away from SNL underscored how well his characters worked with live people so the script material he created for the April 24th show was a conversation between Ploobis, Scred and guest star Raquel Welch. Chevy Chase joined the group, insulted Ploobis and sent Scred packing. No harm done…Welch would meet the Muppets again two year later at the Muppet Theater.

Learn more about the Muppets on Saturday Night Live. 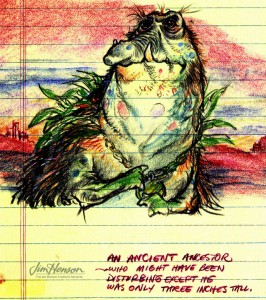 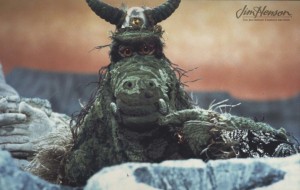 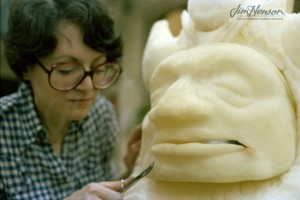