Jim’s New York offices, workshops and apartments were all located within about fifteen blocks on the Upper East Side over the years. In the late 1960s, he took space at 227 East 67th Street and then in the early 1970s, added workshop space on the corner at #201. With the explosion of licensed product in the early 1980s requiring specialized photography, Jim decided to buy the former carriage house (which was already used as a photo studio) at #225 when it became available. John E. Barrett was, and still is, the resident photographer, and he has taken thousands of still photographs of Muppets, Sesame Street characters, Fraggles, and every other type of soft puppet character created by the Henson Company.

The Carriage House on East 67th Street was also used to videotape short pieces like public service announcements and special appearances for awards shows. It housed an editing suite and a production team on the second floor, and its third floor was often used to accommodate overflow from the workshop up the street. To house the milliners, boot makers, and seamstresses making the elaborate costumes for Muppet Treasure Island, for example, large tables were set up on the top floor. In the 1990s, the studio was also used to tape full series – the puppet portions for Dog City Animated which were later combined with animated sequences created in Canada, and episodes of The Wubbulous World of Dr. Seuss which, in a first for Henson, were performed in real time in completely digital sets. Today, John E. Barrett continues to shoot on the first floor while the upper floors now house the offices of The Jim Henson Legacy. 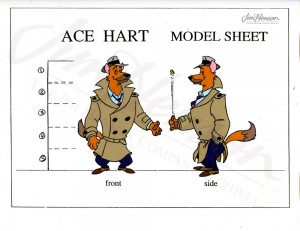 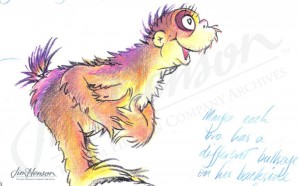 Michael Frith’s design for a Wickersham Brother for The Wubbulous World of Dr. Seuss, 1996. 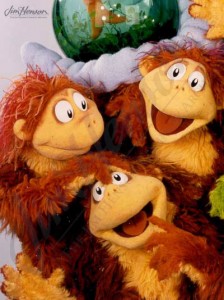 The Wickersham Brothers from The Wubbulous World of Dr. Seuss, 1996.