When Jim went to Providence with puppet builder Bonnie Erickson and Sesame Street Executive Producer Dave Connell, they were developing a Sesame Street segment for the touring Ice Follies show produced by Shipstads and Johnson. This was another opportunity to get the characters to new audiences and to spread Sesame Street’s educational messages in a new way. Jim was intensely involved in the planning, choosing characters and songs and writing script passages.

The Sesame Street part premiered in “The Ice Follies of 1975” which actually opened in LA on September 4, 1974 and at New York’s Madison Square Garden on September 26, 1974. Clive Barnes of The New York Times described the show as, “Half bad ballet, half good circus, with more than a touch of Busby Berkeley to it…” He continued, “This year, to the screaming delight of the children, the Muppets from Sesame Street are present, with Bert, Big Bird, the Cookie Monster (who looks gorgeous on skates), the Count, and, perhaps best of all, that prehistoric and wilting mastodon, Snuffle-upagus.” Variety’s review also noted that the Sesame Street segment was one of the show’s highlights.

Jim was a great admirer of Charles Schultz and his comic strip Peanuts. Learn about their connection through the Ice Follies. 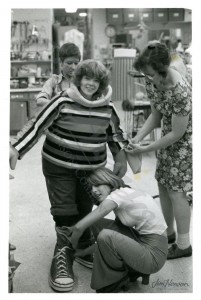 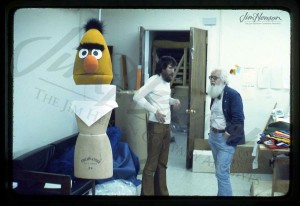 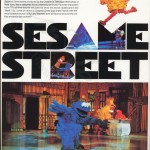 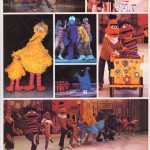 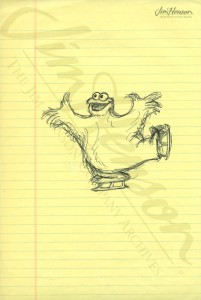