While Jim’s work kept him on the road or in the UK much of the year, he made a point of traveling with his children and, when possible, attending their school functions. When his daughter Cheryl’s high school musical Pippin opened at the end of March 1979, Jim was on hiatus from The Muppet Show and made sure to be in New York, taking advantage of being there by shooting some new meeting films. He attended Cheryl’s performance, and the next day, he flew to LA to get ready for a special appearance – Kermit guest hosting The Tonight Show. At the end of the week, Jim hosted guests for the taping of The Muppets Go Hollywood. Given all the important professional activities Jim had going at that time, his effort to attend and note his daughter’s show is evidence of the importance Jim placed on his relationship with his children. They were a priority and he made every effort to intersect with their lives. 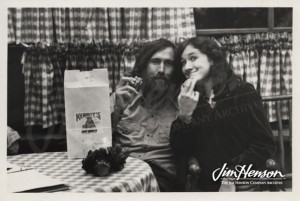 This entry was posted in 03-March '79, 1979, Family and tagged Cheryl Henson, The Muppets Go Hollywood, The Tonight Show. Bookmark the permalink.