Jim’s appearances on The Jimmy Dean Show from 1963 through March 1966 were the highlights of that period. Not only did the show provide a national audience for Jim and give him an education in the workings of a weekly comedy show, it also provided a chance to tour to venues around the country where the show was performed live. After the studio tapings ended, Jim and Rowlf continued the live appearances with Dean over the next six months. This marked some of the earliest work that performer Jerry Nelson did with Jim. Learn about their work together that year and their 1966 tour with Jimmy Dean and Rowlf’s other appearances with Dean. 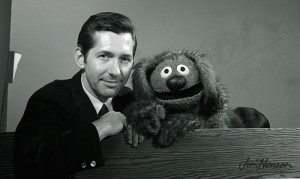 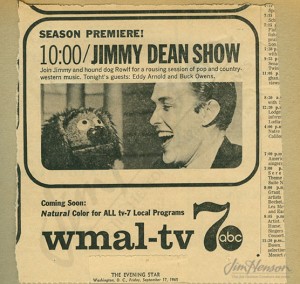 This entry was posted in 03-March '66, 1966 and tagged Jimmy Dean Show, Rowlf. Bookmark the permalink.