While the critical response to The Dark Crystal was somewhat tepid in the United States, it did well at the box office and Jim was enthusiastic about its international release. His optimism was not misplaced – the film found favor abroad and in France in particular, the film was much lauded. There, it won the Grand Prix for Best Fantasy Film at the Avoriaz Fantasy Film Festival, and as it spread across the continent, Cristal Oscuro was named Best Film at the Madrid Film Festival in Spain.

Learn about the Dark Crystal exhibit held in Paris to promote the French release of the film. 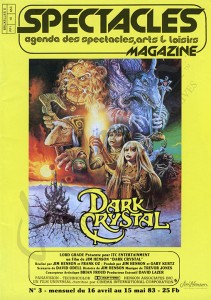 The Dark Crystal featured on the cover of Spectacles, a French monthly culture magazine, April 15- May 16, 1983. 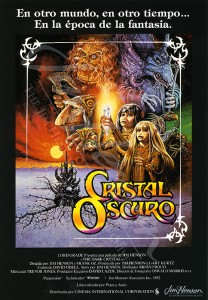