On October 11, 1956, Jim (and his performing partner and future wife Jane Nebel) made his national television debut on NBC’s Tonight Show hosted by Steve Allen. They performed a bit developed for their local Washington show, Sam and Friends, featuring Kermit, in a blond wig, lip-synching to Rosemary Clooney’s hit recording of “I’ve Grown Accustomed to Your Face.” In a surprising take on the song, Jim’s first Muppet monster, the skull-like Yorick, appears disguised with a happy face but then reveals his true identity and devours Kermit. Audiences loved it so much that Allen invited Jim and Jane to appear again on his Sunday night show less than four weeks later to reprise the bit. It was clearly a favorite for Jim. In 1962, he and Jane performed it at the Puppeteers of America annual festival. It was featured on The Ed Sullivan Show in February of 1967 and, on The Tonight Show the following year and on numerous other variety shows during the 1960s. Surprisingly, Jim did not use the bit on The Muppet Show.

Learn more about Jim’s performance of “I’ve Grown Accustomed To your Face” on The Tonight Show in 1968. 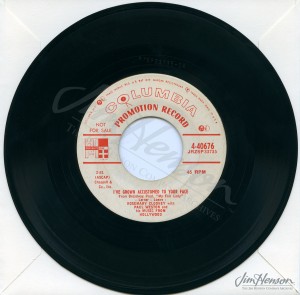 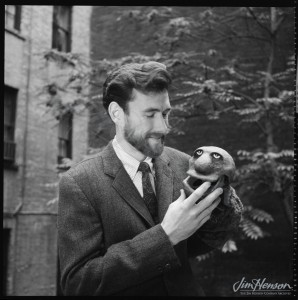