In 1966, Jim Henson and Jerry Juhl wrote a script for a surrealistic comedy about a man trapped in a box-like room called The Cube. Unable to get a broadcaster interested at the time, Jim and Jerry shelved the project until 1968 when NBC decided to fund production as part of their Experiment in Television series. Learn about the development of The Cube and how the show came together. 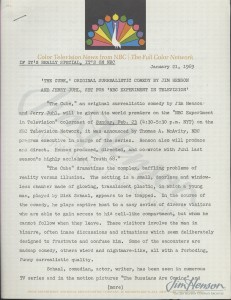 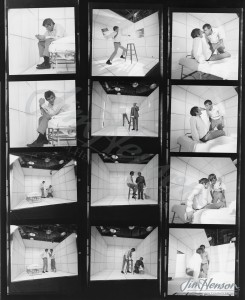 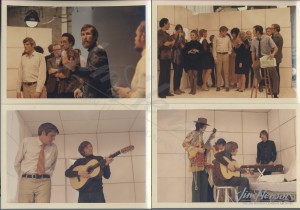 This entry was posted in 02-February '69, 1969, Cube and tagged Experiment in Television, Jerry Juhl, The Cube. Bookmark the permalink.