In the midst of numerous high-tech and potentially digital projects, Jim, encouraged by his daughter Cheryl, decided to produce an old fashioned hand-puppet fable for young audiences, The Tale of The Bunny Picnic. The Henson staff often shared picnics on the Hampstead Heath near Jim’s London Creature Shop and as the daylight faded, groups of rabbits would appear from under the foliage, sniffing around. This delightful scene inspired Jocelyn Stevenson’s story, and artist Diane Dawson-Hearn was brought in to do the charming character designs (and the illustrations for the companion picture book). The special, which aired on HBO on March 26, 1986 near Easter, was lauded for representing simpler joys and opened the door to another old-fashioned special, The Christmas Toy.

Learn more about The Tale of The Bunny Picnic and The Christmas Toy. 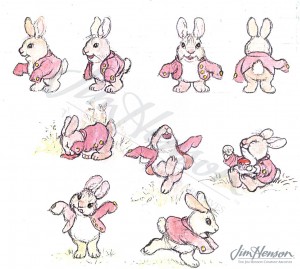 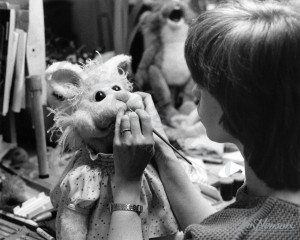 Rollie Krewson works on a bunny in the Henson workshop, 1985. 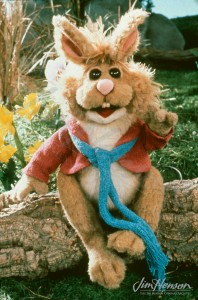 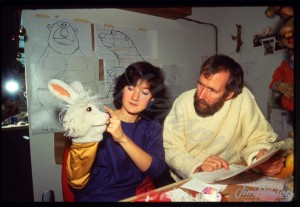 Cheryl Henson and her father reviewing a Bunny Picnic puppet, 1986.