From the 1930s through the 1950s, El Morocco, the fabled nightclub on Manhattan’s East 54th Street between Lexington and Third Avenues, was the watering hole of choice for the Hollywood crowd in New York. By the time Jim moved to the city in 1963 with an office on East 53rd Street, the club had moved down the block near the corner of Second Avenue. With its popularity waning, it was sold in 1966 and the new owners were interested to talk with Jim about his idea for an innovative nightclub experience he called Cyclia.

By April 1967, Jim and El Morocco’s Phil LeVine were drawing up papers for a joint venture. Jim would provide the “motion picture footage” that was central to Cyclia’s music and light show, and El Morocco would provide the leasehold to their annex known as The Garrison Room. El Morocco would deal with all club operations and Muppets Inc. would get 50% of the profits. The two parties would also, ideally, share future franchising of the concept to other locations. The deal was not signed and by the summer, Jim’s associate Barry Clark was aggressively pursuing options in his home territory, Los Angeles. They also continued a parallel effort in New York and came close to leasing several different properties. Cyclia Enterprises was incorporated in August 1967, but other activities the following year like production of Hey Cinderella! and the beginnings of Sesame Street took more and more of Jim’s attention. Barry Clark left in August 1968, and Jim turned his attentions to his television projects, effectively halting plans for his nightclub.

Learn about the development of Jim’s nightclub project, Cyclia and details about his plan for the light and sound show. 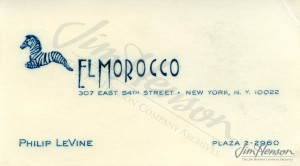 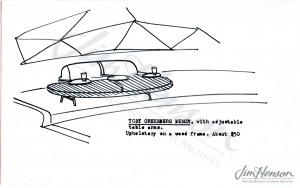 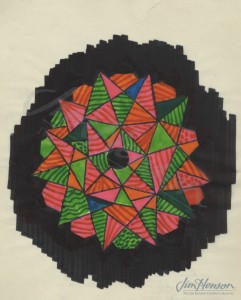