Jim and composer Joe Raposo first met in 1965 when they were brought together by Jon Stone and Tom Whedon to work on a television pilot called Cinderella. Whedon and Stone had worked together on Captain Kangaroo and when they struck out on their own with an idea for a new children’s show, Stone suggested they approach Jim Henson about the puppets. Whedon, in turn, brought in his Harvard classmate Raposo to write the music. They shot a pilot but the show went nowhere. Jim, Stone and Raposo picked up the project again a couple years later, transforming it into the television special, Hey Cinderella! Their work together on Sesame Street (premiering in 1969) cemented their relationship and they collaborated on numerous projects over the next two decades. In 1970, to demonstrate the great sound produced by RCA’s new stereo television, Jim filmed an array of musical groups including Joe Raposo’s jazz combo. See them in action in Jim’s RCA demonstration film.

Learn more about Jim’s work for RCA in marketing their stereo television and about the 1965 Cinderella pilot which has recently been rediscovered. 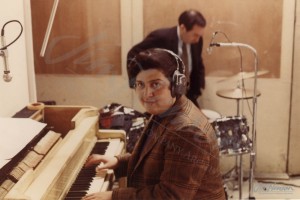 Joe Raposo with his drummer and collaborator Danny Epstein, 1968. 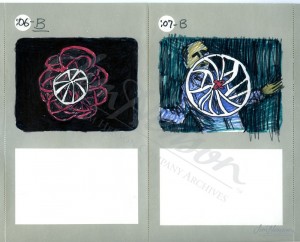 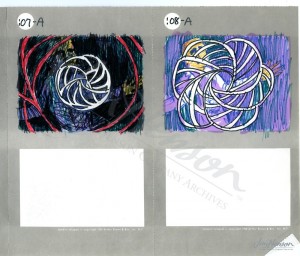