Two and a half years after Jim first started contemplating an “international children’s show” (and thirty years ago today), Fraggle Rock was on the air internationally. The series premiered in the US on HBO on January 10th, 1983 and across the border on Canada’s CBC less than two weeks later. By the end of the year, it was airing across Europe, in Australia, Africa, Bermuda, and the Caribbean. The following year, Fraggle Rock’s reach extended to Asia and the Middle East with the show airing in 45 countries. By the end of its initial five year run, Gobo and his fellow Fraggles had made friends in more than 80 countries in ten languages.

From its premiere, Fraggle Rock was a hit. In a long article in The New York Times describing the show in detail, John J. O’Connor wrote that, “Fraggle Rock gets off to a remarkably winning start.” Tom Shales, writing for The Washington Post, described it as, “…a fresh and funny approach to mild, painless moralism; a saucy cuteness that’s never merely precious or condescending and adventures that exclude neither tots nor grandparents nor anyone in between.” Ken Clark for UPI called it, “…a pure delight,” and Tom Jory, for the Associated Press, wrote, “If cheerful music and the Muppets make you happy, chances are good that you’ll like Jim’s Henson’s Fraggles and their positive approach to life.”

Learn more about the early development of Fraggle Rock. 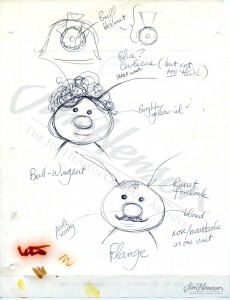 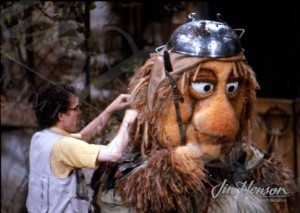 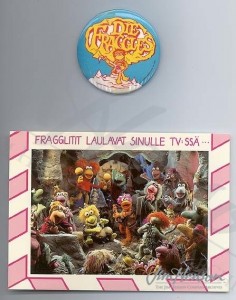 International promotional materials for Fraggle Rock in German and Finnish.

This entry was posted in 01-January '83, 1983, Fraggle Rock and tagged CBC, HBO. Bookmark the permalink.