Having been introduced to the ideas and personalities behind the creation of Sesame Street during seminars held in the summer of 1968, Jim became fully involved in the creative process of the show and was eager to lend his talents where they would be most useful. One of the first things he was asked to work on by the show’s co-creator Jon Stone (with Joan Ganz Cooney) at the end of that year was a sales film to pitch the program to public television stations. The curriculum goals were gelling, Stone had already determined that the show would be set in an urban environment, and Jim had agreed to design and build a proprietary group of Muppet characters, but little else was in place, including a title of the show. The name Sesame Street was under consideration but the pronunciation of “sesame” was not intuitive and it was a somewhat obscure word (especially for non-New Yorkers growing up without bagels) making it problematic. Given no better choice, Stone and Cooney went with it.

To create a pitch reel when there was little content and no new Muppets available yet, Stone and Jim decided to use the search for a title as the comic wrap around for discussion of the show’s goals and approach. In the short film, Kermit (who would make the leap from variety show work onto Sesame Street) and Rowlf (who would not appear on the program) served as hosts and a group of stressed out Muppets, including a proto-Grover, appeared around a boardroom table bickering over the title for the show. After coming up with a range of names going from bad to worse (including “The Itty-Bitty, Farm and City, Witty-Ditty, Nitty-Gritty, Dog and Kitty, Pretty Little Kiddie Show,”) Sesame Street seemed like a brilliant solution. 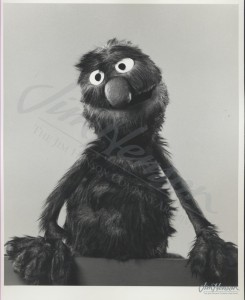 A Muppet monster from the late 1960s that evolved into Grover on Sesame Street. 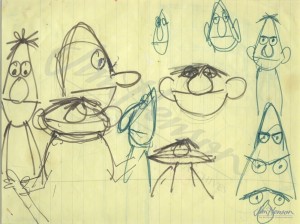 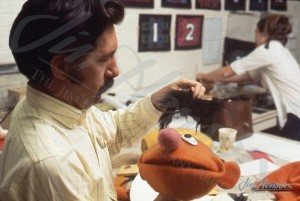