Starting in 1966, Jim and his team were contracted to make short, funny films for IBM to liven up their sales meetings. This was the brainchild of David Lazer, IBM’s audio visual program manager. Jim and Lazer clicked and Lazer would eventually come to work for Jim in 1975, launching a line of generic Muppet meeting films and serving as executive producer for The Muppet Show and Muppet feature films and specials.

Rowlf had proven himself to be an effective spokesdog for IBM, so it was no surprise that the contract for films to be made in 1970 included several Rowlf segments among the six coffee breaks. Rowlf joined up with his old partner from his Purina Dog Chow days Baskerville to perform a country western routine, made tongue-in-cheek predictions as a doppelganger astrologer named Zodar, and was joined by his mother for a segment aimed at the high achievers known in IBM parlance as “The Golden Circle”. Also among this group was Rowlf’s introduction of the “Model Inter-Office Klystron Expediter” a.k.a “MIKE”, a large machine that, according to the script, was “one third IBM and two thirds Muppet.” The Muppet side took precedence and, as usual with Muppet machines, MIKE was completely incompetent.

Learn more about Jim’s early meeting films and the first ones he made for IBM. 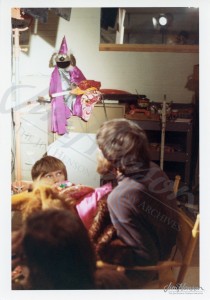 Rowlf in Jim’s workshop costumed as Zodar the Astrologer for IBM, 1970. 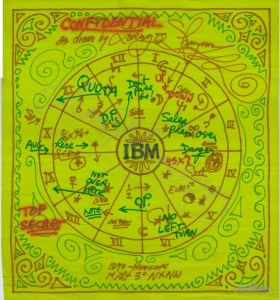 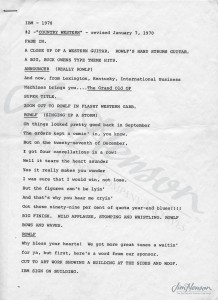 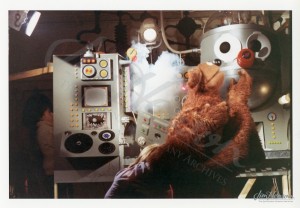 Rowlf (with Jim underneath) introducing MIKE, a Muppet machine for IBM, 1970.

This entry was posted in 01-January '70, Commercials and tagged Coffee, David Lazer, IBM, Rowlf, The Muppet Show. Bookmark the permalink.