After premiering in 1977 on Canadian television, it took some time to sell the beloved holiday special Emmet Otter’s Jug-band Christmas to an American network. For the 1978 and 1979 holiday season, Jim was able to sell the show to the relatively new cable channel, HBO, where it aired several times both Decembers. In 1980, Emmet Otter finally made it to network TV, airing on ABC to great acclaim. As John O’Connor wrote in his review for The New York Times, “Once again, Mr. Henson’s creations verge on the marvelous…These really are the nicest folk on the river.” 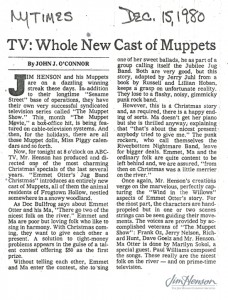 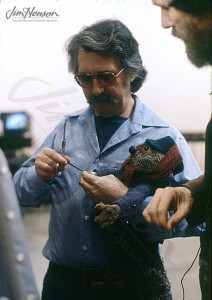 This entry was posted in 01-January '78, 1978, Emmet Otter and tagged John O’Connor. Bookmark the permalink.