Perry Como, popular singing and television star, hosted the Kraft Music Hall in the 1960s and became synonymous with the Christmas season, hosting annual specials and producing numerous albums of holiday music. Jim and his team performed his goofy reindeer on Como’s show in 1965 and were invited to participate in his Winter Show in 1972. Learn more about the Muppet reindeer and read about the 1972 performance featuring the Country Trio which was taped that October.

Appearances on variety shows were often like “old home week” – a chance to reconnect with old acquaintances and get to know them better. On the 1972 appearance, Jim and his team got to work with Como again, of course, but also reunited with the human star of their 1970 Christmas special The Great Santa Claus Switch – Art Carney. Behind the scenes, Como’s music director (“the other”) Ray Charles worked on both the 1965 and 1972 Muppet appearances. Clearly, it was a good combination…during Muppet Show production, Charles went to England and served as a music consultant on the series, creating special material for several episodes. 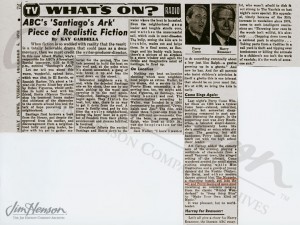 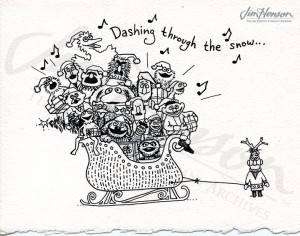