After success with a live stage show in Las Vegas in 1971, Jim eagerly pursued the possibility of a Broadway show featuring his creations. An obvious potential collaborator was writer Larry Gelbart whom he met first in October of 1972. While the show they discussed never happened, they continued their friendship and pursued other projects together. Learn more about Jim’s connection with Larry Gelbart. 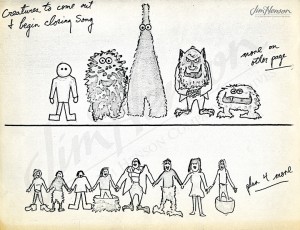 Jim’s concept for the closing number of his Broadway show, early 1970s. 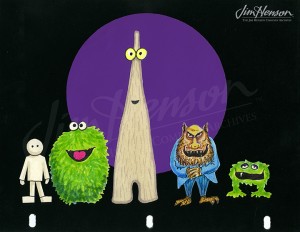 This entry was posted in 12-December '72, 1972 and tagged Broadway, Larry Gelbart. Bookmark the permalink.