On December 15, 1978, Jim flew to Germany to do a television special and while he was there, he visited the Stuttgart-based master puppeteer Albrecht Roser. Roser was highly respected as an entertainer and much loved among the international community of puppeteers. Jim was active in the Puppeteers of America organization and had gotten to know Roser during Roser’s 1973 US visit to the homes of American puppeteers Allelu and John Kurten and Bil Baird. That July, Jim took his children to the Kurtens house to meet Roser. A few days later, Jim hosted a lunch for the Kurtens and Roser, and a day after that, he watched Roser perform for a small group at the home of the renowned puppeteer Bil Baird (perhaps best known these days for the “Lonely Goatherd” puppet scene in The Sound of Music film.) Jim and his wife Jane had made good friends among the puppetry community and along with time spent at the annual festivals, the Hensons and their children socialized regularly with a range of puppeteers, sharing casual meals and showing each other techniques and innovations in the field.

In 1984, as he was starting pre-production on Labyrinth and taping a Muppet Babies music video, Jim took time to tape two episodes of his Jim Henson Presents The World of Puppetry documentary series. He went to Australia to interview Richard Bradshaw and to Germany to interview Albrecht Roser. Jim sought to feature a range of puppetry styles from marionettes to shadow puppetry. At the time, Roser was generally thought of as the world’s finest marionette artist. On Jim’s program, with his clown Gustaf and the rest of his ensemble, Roser demonstrated the effectiveness of marionettes in the exploration of human frailties and emotions. 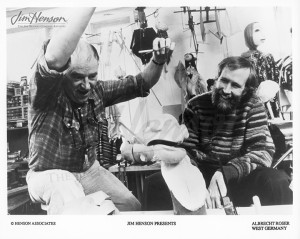 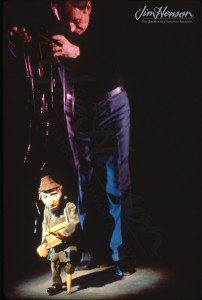