Going back to his freshman year in college, Jim was interested in using puppets to tell fairy tales, usually featuring members of a royal court, witches and other standard characters. His puppetry class at the University of Maryland gave him a chance to mount a production of James Thurber’s Thirteen Clocks, and after a trip to Europe, Jim tried to produce an ambitious puppet production of Hansel and Gretel. Various efforts for television set in the fanciful land of Tinkerdee helped Jim further develop his ideas and in 1965, he joined Tom Whedon and Jon Stone to produce a television pilot based on Cinderella. While that did not sell, the team (including Joe Raposo as composer) enhanced the material, changed out the characters and shot a full-fledged television special, Hey Cinderella! at the Robert Lawrence Studios in Toronto in 1968. One of the most important elements from the original version that helped make the 1968 version a success was the big monster Splurge. This was the first time Jim (with Don Sahlin) made a walk-round character, and they saw how effective Splurge was on television. Shortly after, they would make the La Choy Dragon, and in 1970, Thig and Thog for The Great Santa Clause Switch, launching a whole new species of Muppet.

Clearly, the show benefited from the decade of creative thinking that went into it. When it aired on Canadian television in March 1969, reviewer Patrick Scott gushed, “Hey Cinderella! …could safely be called the best children’s show of the season…it is simply one of the best shows, period, of this or any season.” The following year, Hey Cinderella! aired for American audiences.

Learn about Jim’s first television fairy tale projects and the origins of his Cinderella project. 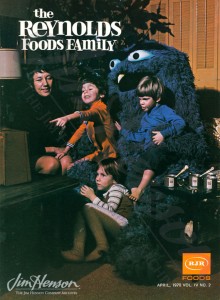 Splurge featured on a brochure from the US sponsor, R.J. Reynolds, of Hey Cinderella! 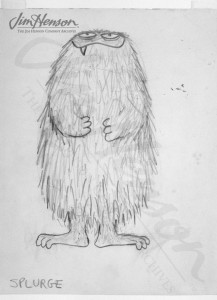