When Jim went into the studio in October 1984 to tape Muppet inserts for Sesame Street, the show was about to celebrate its 15th birthday and launch its 16th season. When it began in 1969, no one imagined a fifteen year run, much less the 43 year run it is celebrating today. The show has evolved over the years, and in 1984, Channel 13’s Dial magazine featured an overview of those changes and innovations. “Over the past fifteen years,” the article by Greta Walker explained, “Sesame Street has dealt with bilingual education, changing male and female roles, sibling rivalry, ecology, nutrition, separation fears, the computer age, and even death.” Susan went from being a housewife serving cookies in Season One to learning auto repair and then becoming a nurse. Maria and Luis brought Hispanics to the Street and as actress Sonia Manzano’s feminist consciousness was raised, so was her character Maria’s. In the mid-1970s, mentally and physically handicapped people began appearing on the show, and a few years later, the subject of divorce was explored. When actor Will Lee who played the beloved Mr. Hooper died in 1982, Sesame Street took on the difficult task of addressing the issue of death and loss.

The big news for Season 16 would be that the adults on the Street would finally acknowledge the existence of Big Bird’s friend, Mr. Snuffleupagus. When first introduced, Snuffy was meant to be imaginary, only real to Big Bird and the children on the show. In their research, the producers learned that young viewers were increasingly frustrated that the adults did not take Big Bird seriously and added to their anxiety about lack of credibility with adults. Producer Dulcy Singer explained, “We finally had to conclude that what was once a funny situation – adults somehow always missing this very obvious huge creature – had been carried too far. It was time to make a change.” Since then, Snuffy has enjoyed his status as a recognized citizen on Sesame Street. 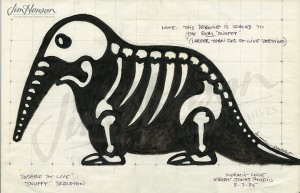 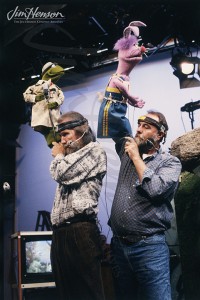