Tony Award winning song and dance man Ben Vereen, having completed his Broadway run in the hit show Pippin, was an ideal Muppet Show guest star during its first season. His versatility allowed him to perform a range of styles from the lively “Jump Start Boogie” to the contemplative “Pure Imagination”, and he was happy to dance with an array of strange and furry creatures. Starting with an explosive introduction, Crazy Harry kept the star on his toes while Kermit tried to make him feel at home. In later seasons, the guest stars were often part of the backstage action, but Vereen did not get involved in the drama surrounding Fozzie’s locking himself in a magician’s cabinet. Nor did he appear in any of the other regular segments, “At the Dance”, “Veterinarians’ Hospital” or a song from Wayne and Wanda. His focus was his musical numbers and, throughout the program, avoiding Crazy Harry’s detonations. Vereen couldn’t help himself at the end, however, and made sure to tell Kermit that the show was “Dynamite!” 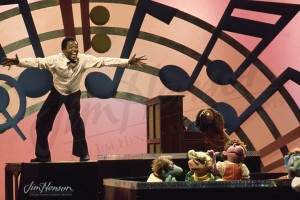 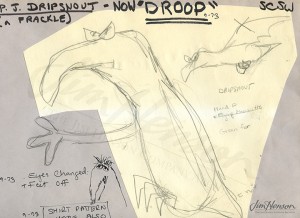 Droop, who was designed in 1970 for The Great Santa Claus Switch, appeared with Ben Vereen on The Muppet Show. 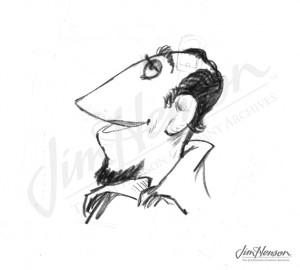 A Muppet Show regular, Wayne, as conceived by Michael Frith.