The Christophers, founded in 1945 by Father James Keller, a Maryknoll priest, is a service organization with publishing, TV, radio and awards programs based on the idea that, according to their website, “…every individual has the power and responsibility to change the world for the better.” Their interest in the positive potential of media was the inspiration for their interview program, Christopher Close-Ups, and Jim was a guest twice. In 1977, Jim promoted The Muppet Show on the program, and in early 1983, he discussed the history of the Muppets, The Dark Crystal and touched on Fraggle Rock production.

Furthering their goal of promoting uplifting and positive media, the Christophers give awards each year. Their website explains, “First presented in 1949, the Christopher Awards were established to salute media that affirm the highest values of the human spirit. Their goal is to encourage men, women and children to pursue excellence in creative arenas that have the potential to influence a mass audience positively. Award winners encourage audiences to see the better side of human nature and motivate artists and the general public to use their best instincts on behalf of others.” Jim’s life philosophy relating to his desire to “make the world a better place” and his goal of creating shows with positive messages made him a good fit for the organization. In 1987, Jim and his team (Diana Birkenfield, Executive Producer, Peter Harris, Director, Jerry Juhl, Writer and Andrew Solt, Producer) were given a Christopher Award for The Muppets: A Celebration of 30 Years. 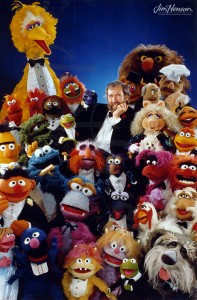