Jim and his colleague Don Sahlin collaborated to create the charming characters and setting for Jim’s “Queen of 6” counting film for Sesame Street. Sahlin’s artistry is apparent in the details of the Queen, her cats and her garden. Along with his work with Jim which included Rowlf the Dog, adapting the look of Jim’s original Kermit to the frog we know and love, and most of the original characters for Sesame Street, Sahlin made puppets for his own works and was an accomplished marionettist. 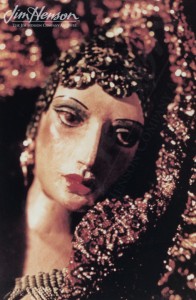 A detail of a Don Sahlin marionette. 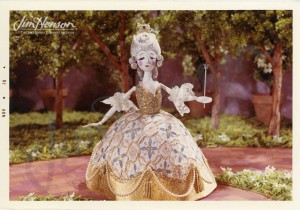 This entry was posted in 10-October '70, 1970 and tagged Don Sahlin, Kermit, Rowlf the Dog, Sesame Street. Bookmark the permalink.