Heading into the second season of Sesame Street, Jim took advantage of the need for material to enhance his filmmaking skills. He had done a series of live-action number films for the first season (featuring the baker who fell down the stairs), and now he was eager to experiment with various animation techniques. Along with traditional animation, painting under the camera, and simple computer generated animation, Jim made three films using stop motion.

For “Number 12”, the final film of the series, Jim used stop-motion to animate twelve stones finding their way out of a larger group in the sand. As the rocks roll forward, a rumble of a crowd is heard slowly counting up to 12. For the sound track, Jim stayed close to home and enlisted the Greenwich (CT) High School football team to do the counting. The inspiration, however, came from further afield. Jim remembered, “Don Sahlin and I animated this. You’ll see one long sequence that I think took about eight hours to shoot [with] these little rocks. We did this shortly after the film Woodstock, or just after the event, and I was inspired by that.” 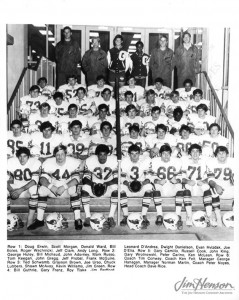 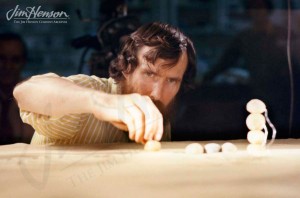