As part of the third season of The Jimmy Dean Show in the fall of 1965, Jim, Frank Oz and Rowlf went down to Nashville to tape appearances for two shows. Both took place at the Grand Ole Opry House, home to the aristocracy of country music. The first, taped on October 13th, was titled (on the script) “Nashville Spectacular”. The Rowlf segment involved Rowlf’s claiming that he was writing a history of country music going back to the Eighteenth Century. According to Rowlf, George Washington chopped down the cherry tree to build a guitar. When Benjamin Franklin flew his kite with the key tied to it, he handed the string to Washington. “That is how we got the first electric guitar!” Rowlf explained. After some bantering, Jimmy Dean countered with his own bad joke: “Did you know that a lot of country songs are based on Grand Opera? Like Carmen.” “She’ll be CARMEN round the mountain when she comes!” Luckily, for the audience, they also did a song: “Mountain Dew.” The groan-inducing program aired on January 14, 1966.

Taped the following day (for airing on October 22nd), Jimmy Dean’s show was the venue for the 18th Annual Billboard Country Music Awards. Rowlf, naturally, joined the host to introduce a few of the awards. Each time, Rowlf started off by thanking the audience for bestowing the award on him and each time, Dean had to explain that the award was going to another musical artist. At the end, he presented an award that Rowlf would surely win – “Best performance by a four-footed animal on television….namely, a performance by a dog…by a dog on The Jimmy Dean Show…” Rowlf beamed as Dean continued, “and the winner is….Lassie!”

Learn more about Jim, Rowlf and The Jimmy Dean Show here and here. 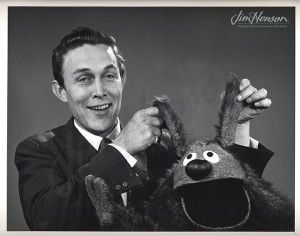 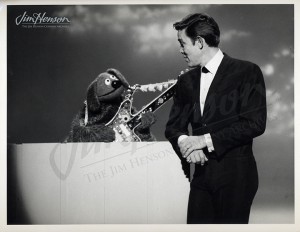