Looking ahead toward the June 26, 1981 premiere of The Great Muppet Caper, Henson Associates began planning for a promotion with the May Company stores focusing on the glamour of Miss Piggy’s costumes. Jim’s desire to give the film the feeling of the great movie musicals of the 1930s inspired designer Calista Hendrickson to provide Miss Piggy with an extravagant wardrobe that included an Esther Williams-worthy swimming ensemble and an evening dress fit for Ginger Rogers. The fashion show scene in the movie filmed on October 13, 1980 served as Miss Piggy’s modeling debut. To promote the film, the May Company stores, known for fashion retailing, were an appropriate venue to show off Miss Piggy’s costumes. Visitors could win movie tickets and an accompanying costume design contest for children would result in a tour of the Universal Studios costume shop for the lucky winner.

In May, Hendrickson approached Jim with an imaginative idea to augment the promotion. Since the film was celebrating movie history to a certain extent, what if they invited Hollywood costume designers to design an outfit for Miss Piggy? Jim liked the concept, and David Chierichetti, a consultant on the film and author of Hollywood Costume Design, helped Hendrickson contact various designers. Legendary costumers Michael Woulfe, Yvonne Wood, Edith Head, Sheila O’Brien, Helen Rose and Donna Peterson, Renie Conley, and Elois Jenssen all submitted designs. While the outfits were never realized, Miss Piggy was certainly honored by the attentions of such an illustrious group. 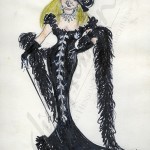 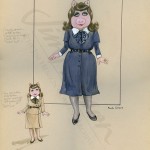 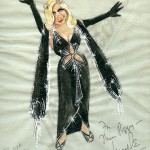 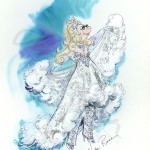 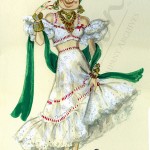 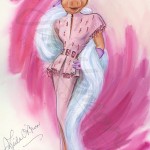