Jim’s appearances on The Ed Sullivan Show from 1966 – 1971 were not on a regular schedule but did happen, for the most part, every two to three months, particularly in 1967 and 1968. Jim made the deals with Sullivan’s producer Bob Precht through the William Morris Agency, and each contract usually covered four to six appearances. Dates were set in advance but were often rescheduled. A typical piece of correspondence from the William Morris Agency to the Sullivan people said on March 9, 1970 that the Muppets, “…have agreed to move their June 7th appearance to tape May 4th for telecast May 31st.” Another note indicated that Jim agreed to “…move his live appearance February 15th to a taping on February 16th for telecast February 22nd.”

When it came time, months or even years later, to report the appearances to AFTRA (the television actors’ union) to ensure that the performers were being properly paid, digging into the files by Jim’s staff was required to figure out exactly who performed when and what. What is clear from all the contracts, notes and lists is that, despite the entry in Jim’s journal, the Muppets did not appear on The Ed Sullivan Show in October of 1969. It was a busy time for Jim with the launch of Sesame Street, and while there may have been talk of doing an October appearance that prompted Jim to (perhaps prematurely) mark it down, his first appearance that fall was on November 30th. That was the debut of what would become a signature Muppet piece: “Mahna Mahna”. The following month, Sullivan’s audiences enjoyed a complicated dance number starring Big Bird. 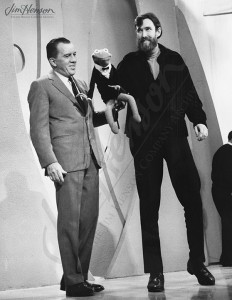 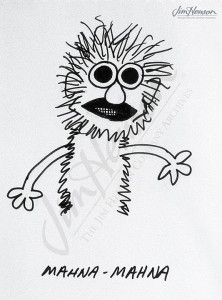