Jim spent several years in the mid to late 1960s developing a project called Cyclia. This was to be a multi-media night club featuring film footage projected onto a faceted ceiling and body-suit clad dancers, timed to correspond with specific musical tracks and lighting effects. A deliberate combination of sound and image would provide the guest with a total entertainment experience, immersing them in an aural and visual collage. While Jim abandoned the idea at the end of the decade, he continued to think about ways to connect music to imagery and present it to an audience. He also hoped to find a use for the hours of footage he had shot of nature, crowds, technology and urban life in anticipation of Cyclia.

In the preceding eight years, Jim had developed a close relationship with the technology giant IBM, making humorous films to enliven their corporate sales meetings and seminars. Along with the Muppets, Jim was able to incorporate some of his experimental film work when extolling the virtues of IBM’s products, particularly in his 1967 sales film, Paperwork Explosion. And when making his 1968 documentary about contemporary culture Youth ’68, Jim included IBM executives and engineers as voices of their generation. Given IBM’s broadminded rapport with Jim and his work, it’s not surprising that he would approach them for sponsorship of a prime time, one hour television special capturing his efforts to paint a filmic message.

Jim’s 1973 pitch for “Reflections” described it as, “…an hour of visual poetry. It is an affirmation of our sense of wonder.” Starting with a sunrise, the voiceover would speak, “… of the beauty of nature,” and encourage viewers to reconnect with their natural surroundings as “…a source of fulfillment and inspiration.” In a format similar to Youth ’68, various “thoughtful” people would give their personal observations throughout the program and photography of water and reflections would be a recurring motif. Music would, “…flow and blend the whole hour together into a composition.” Overall, Jim wanted to express his appreciation for the natural world and reawaken the audience to its beauty. While a project like this would no doubt play well in an art museum or as part of a festival, it is hard to imagine modern television audiences having the attention span to sit through an hour-long program like “Reflections” without changing the channel. IBM passed, and instead of making a dedicated special, Jim went on to infuse his later work with many of these themes.

See some of Jim’s “Reflections” footage originally created for Cyclia about 1967.

Watch Paperwork Explosion and a segment of Youth ’68. 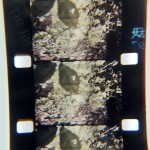 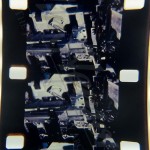 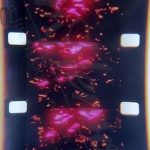 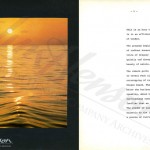 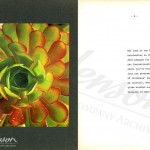