Jim’s involvement with and support for puppetry groups dates back to 1960 with his attendance at the Puppeteers of America festival in Detroit. By the late 1970s, his activities in the area had spread to the international level and his own work was breaking new ground as he began explorations in the fantasy realm. In 1978, Jim began an important relationship with a new organization, The Center for Puppetry Arts in Atlanta.

Founded by puppeteer Vincent Anthony, the CPA began as a performing arts venue, teaching space and gallery for puppet displays. Over the years, its activities and collections have expanded to include state of the art distance learning and on-site workshops, hundreds of puppet productions for diverse audiences, young and old, throughout the year, and innovative exhibits of international, historical and contemporary puppetry. Currently, in anticipation of a permanent Henson exhibit, Anthony and his team are hosting temporary displays about Jim and his work: “Jim Henson: Puppeteer” and “Jim Henson: Wonders from His Workshop” and “Jim Henson: A Man and His Frog.”

On September 23, 1978, Jim traveled to Atlanta with his wife Jane and his daughter Heather to cut the ribbon at its opening, signaling his appreciation for the puppetry community and the importance of a national center for performance, education, and exhibitions. The Henson family continues to support the CPA and works closely with the director, Vince Anthony, on numerous projects and events. 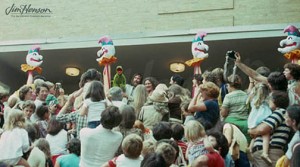 Jim and Jane Henson cutting the ribbon at The Center for Puppetry Arts, 1978. Photo: Olga Jarrett. 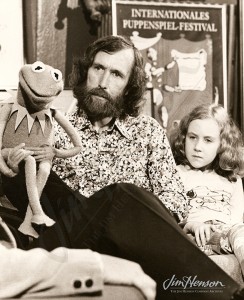 Kermit, Jim and Heather Henson at The Center for Puppetry Arts for the opening in 1978. Photo courtesy of the CPA. 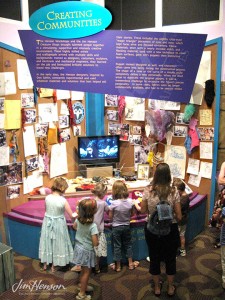 Visitors at the “Jim Henson: Wonders from his Workshop” exhibit at The Center for Puppetry Arts. 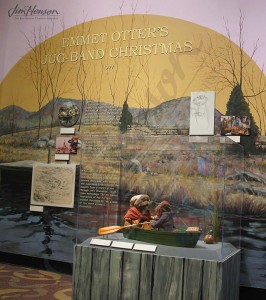 Emmet and Ma Otter on exhibit at The Center for Puppetry Arts.

This entry was posted in 09-September '78, 1978, Appearances and tagged Puppeteers of America Festival, The Center for Puppetry Arts in Atlanta, Vincent Anthony. Bookmark the permalink.