The Henson household always included various pets – dogs, cats, hamsters, etc. In August 1973, Jim’s older daughter Lisa got a dog named Yankee Doodle. That September, when Jim’s second daughter Cheryl got a dog, she named him Dixie, perhaps in recognition of the southern branch of Jim’s family. Jim’s father’s family had lived in Kansas and Oklahoma, but his roots in the south through his mother were particularly strong.

Jim’s great-grandfather, Oscar Hinrichs, came from a Prussian immigrant family and worked as a cartographer for the US Coast Survey in the late 1850s. While his parents lived in New York, his mother’s family was from North Carolina, and Hinrichs’ work took him throughout Virginia, the Carolinas and Georgia. When the American Civil War started, he was sympathetic to the Southern cause and went to great lengths to join the Confederate Army, serving in Northern Virginia’s Second Corps and no doubt carrying with him strategically valuable maps. With a rank of Captain, Hinrichs used his skills and knowledge of the region to support Stonewall Jackson in Virginia. After the war, Hinichs worked in Washington and New York, continuing his mapmaking. In 1875, he created the first tourist map of Manhattan’s Central Park (still available online on posters, t-shirts, and coffee mugs). His artistry came down to Jim through his daughter Sarah Betty Hinrichs Brown (Jim’s maternal grandmother), known to all as “Dear” and often credited as Jim’s artistic mentor.

Learn more about the Hensons’ pets. 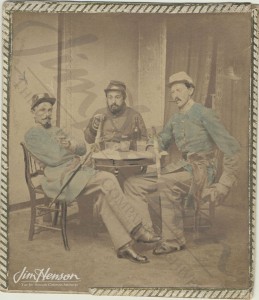 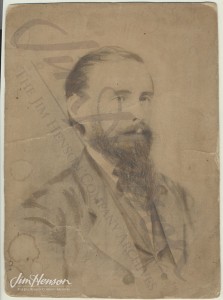 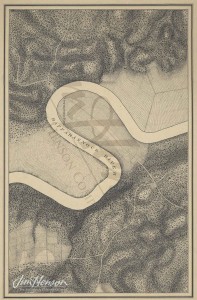