During the summer and fall of 1982, Jim taped his second television special with John Denver called John Denver and The Muppets: A Rocky Mountain Holiday. At the same time, Brian was starting at the University of Colorado, planning on studying astrophysics, so it made sense for him to join his father, his sister Cheryl and brother John during the taping.

Learn more about John Denver and The Muppets: A Rocky Mountain Holiday special and Jim’s friendship with John Denver. 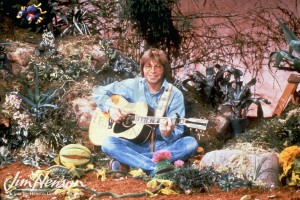 John Denver on The Muppet Show.