At the end of August 1963, Jim taped his first appearance on The Jimmy Dean Show. Performing Rowlf the Dog, Jim was working for the first time with his nineteen year old colleague Frank Oz assisting on the right hand. The expressive puppet, built a year earlier by Don Sahlin for a Purina Dog Chow commercial, was an instant hit. Jim enjoyed his doggy character and how well he played with Jimmy Dean.

Jim and Jerry Juhl had been working on their fractured fairy tale idea, The Tales of The Tinkerdee, and taped a pilot during the summer of 1962. When it became clear that they would not be able to sell the show in the original format, Jim and Jerry began reworking it. The warmth between Jimmy Dean and Rowlf was evident, and it seemed like adding a human and dog combination might be the way to bring audiences to Tinkerdee. The second version of the show, now called The Land of Tinkerdee, began to take shape. The action for each episode would start with an introduction by a human named Darryl, a tinker in his workshop, who discusses the story with his dog, much like Dean’s interactions with Rowlf (and later, Doc’s interactions with Sprocket on Fraggle Rock.) Since Rowlf was busy, a new dog character was needed and in September 1963, Jim and Don Sahlin created Rufus, a fuzzy white sheepdog. Like Rowlf, Jim performed Rufus’s head and left paw and provided the voice, and Frank Oz operated the right paw. Jerry wrote up about ten story outlines and several full-blown scripts. They taped a test pilot in 1964, and Jim began talks with Quaker Oats about sponsorship.

The series did not sell, but the following year, Jim worked with Jon Stone and Tom Whedon on a Cinderella-based series and taped a pilot featuring Rufus as Cinderella’s pet dog. This time, he was performed by Frank Oz without Jim, using only dog-like sounds and human gestures to communicate. Frank performed him again for the Hey Cinderella! special taped in 1968, and Rufus had his last central role in The Muppet Valentine Special, again without dialogue. Rufus continued to be part of the Muppet cast over the years but never gained the prominence of his canine colleague Rowlf.

Learn more about The Land of Tinkerdee [link to
and The Muppet Valentine Show.

Watch Rufus make his debut in The Land of Tinkerdee test pilot, 1964. 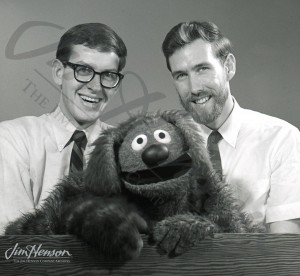 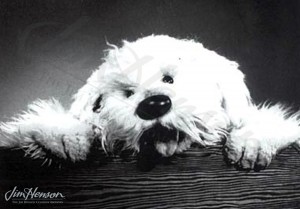 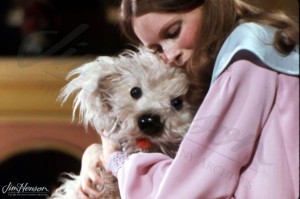 Rufus and Mia Farrow in The Muppet Valentine Show, 1974.