By 1982, Miss Piggy had become a superstar and her face was on the cover of magazines (real and parodied); she had published her self-help book Miss Piggy’s Guide to Life, and she was preparing her catalogue of her art masterpieces from The Kermitage Collection. In addition, Miss Piggy was giving Jane Fonda a run for her money with the release of her album that year, Miss Piggy’s Aerobique Exercise Workout. For home fitness fans, she introduced such slimming activities as Snackcercise, Hairobiques, and perhaps the most important, Exercising Your Rights. A real multi-media diva, it was no surprise she was to star in a television special called The Fantastic Miss Piggy Show. (Though she was also fabulous, Jim had the name noted incorrectly in his journal.)

In the program, written by Buz Kohan and Henry Beard (Beard had also authored the Guide to Life and the Kermitage book), Miss Piggy gets caught up in a love triangle involving George Hamilton and John Ritter. In the typical Muppet show within a show, Kermit is trying to put out fires behind the scenes of Miss Piggy’s own variety show while also dealing with feelings of jealousy. In various musical numbers choreographed by Anita Mann (who worked on the amazing numbers in The Great Muppet Caper) and with a performance by Tony Clifton (an alter ego of comedian Andy Kaufman), Miss Piggy is clearly the star. She even has a star-appropriate tantrum and walks off the set, leaving Ritter to impersonate her in the final number. 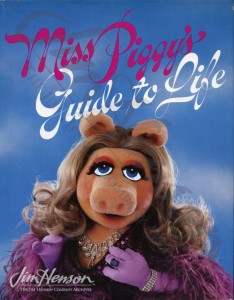 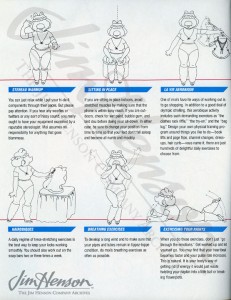 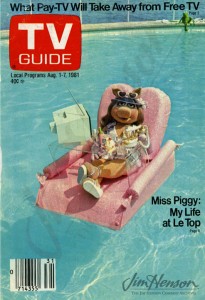