Sesame Street started with very limited goals and, perhaps, limited expectations about what could be achieved and the size of its audiences. By the fourth season, however, it was clear the show was a hit and had great potential to educate and enlighten a broad range of children. Season Three had introduced Spanish to the curriculum, and the plan for Season Four was, according to executive producer Jon Stone in the Season Four press kit, “to focus on the whole child, his needs and aspirations.” Stone continued, “It includes teaching him how to count and knowledge of the alphabet, but more importantly – and much more difficult for a television series – is the task of showing a child that he can act effectively on his own behalf. The program will underscore the importance of experimentation, asking questions and practice, in an effort to help develop that self awareness.”

Two new Muppet characters were making their debut in Season Four: SAM the Robot and Count von Count. Both took advantage of virtuoso performer Jerry Nelson’s return to the Muppets after taking a break to attend to family matters. He performed both characters – SAM lasted only a short time, but the Count continues today, forty years later. The giant Snuffle-upagus was returning after debuting the year before. The human cast was changing, too. A new actor, known for his Shakespearean theater work, Harold Miller, would play Gordon, and singer/songwriter Malvina Reynolds was joining the gang as Kate. Perhaps most indicative of the show’s widespread success was the spread to other countries. Sesame Street was taking Latin America by storm with Plaza Sesamo, produced in Mexico that year in Spanish and Vila Sesame, created in Sao Paulo in Brazilian Portuguese. Sesamstrasse, the German language version, would premiere in January 1973.

Learn more about the creation of SAM the Robot. 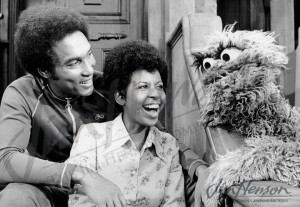 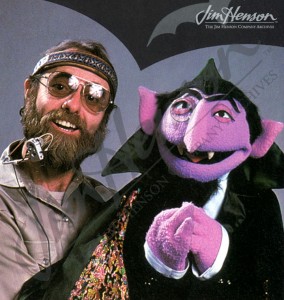 Jerry Nelson and the Count von Count of Sesame Street.