For the premiere season of The Muppet Show, film actress and model Candice Bergen was an obvious candidate to serve as guest star. Not only had she worked with Jim and the gang on Saturday Night Live, appearing with them December 20, 1975, but she was also the daughter of one of the most famous American entertainers working with puppets, Edgar Bergen. With her wooden “siblings” Charlie McCarthy and Mortimer Snerd, Candice Bergen was raised backstage and knew what it was like in the fictional behind the scenes of the Muppets’ world. Even on Saturday Night Live, her soft spot for puppets was written into the script – she was the only human to attend the Muppets’ Christmas party, sneaking away from the show to bring them a gift.

On The Muppet Show, Candice Bergen performed with the Jug Band in what was described in the show’s run-down as “a feminist number;” she revolted against her chauvinist husband Slim as he sang “Put Another Log On The Fire” and described other chores he would allow her to do. Another sketch about international travel played on Bergen’s experience as a travel writer, and her modeling experience came in handy in an art class sketch. The show ended with a group song, “You’ve Got To Have Friends” with Bergen surrounded by her Muppet pals.

Jim had always credited Edgar Bergen’s ventriloquist act as an inspiration and was thrilled to book him for the show during Season 2. As Jim noted in a telegram to the Bergen family at the time of Edgar’s death in 1978, “I will never forget our first time where all of us formed a circle around him and stood in awe and made him do Charlie and Mortimer. How we loved his special magic through the years – and always will.” In the months before his passing, Bergen made a cameo appearance in The Muppet Movie, he and Charlie serving as judges for the beauty contest at the Bogen County Fair. Jim (and Kermit) were asked to give a eulogy at Bergen’s memorial service that October, and when the film premiered the following June, a dedication to Bergen appeared in the credits. Mirroring his own goals for a successful life, Jim said of Bergen, “He left this world a happier place because he was here – and I think that’s about the finest thing a person can do with his life.” 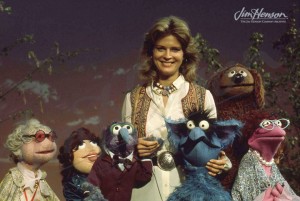 Candice Bergen on The Muppet Show. 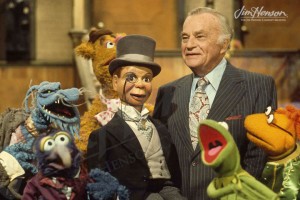 Edgar Bergen on The Muppet Show.