While Jim Henson made hundreds of television commercials, he only appeared in a few, made for the American Express Company. He appeared first in a campaign in 1977, bantering with his characters and reading the standard “Do you know me?” line. In 1979, Jim made a 10 second and a 30 second commercial. In the short version, Jim, seated in a London restaurant, said something to the effect that, “After working with Muppets all day, I love to go out and eat among people!” The waiter appeared and, of course, he was a Muppet. A tag at the end could be customized with the name of a local restaurant. The longer commercials featured Jim celebrating his birthday at a restaurant with the Muppet gang. They, of course, assumed he hadn’t left home without his American Express card and stuck him with the bill. 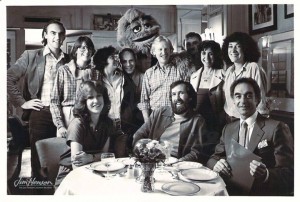 Jim with the production team on location for the 1979 American Express commercial. Muppet producer David Lazer is to Jim’s right. 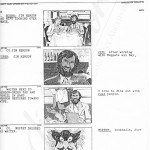 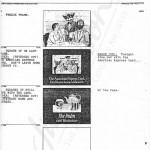 This entry was posted in 07-July '79, 1979, Appearances and tagged American Express, Muppets. Bookmark the permalink.