When Jim went out to Las Vegas in 1971 for his show with Nancy Sinatra, he had already been out there with Jimmy Dean at the Flamingo Hotel in 1964 (using it as an opportunity to shoot some scenes for his short film Time Piece) and stopped there again briefly with Jerry Nelson in 1966 (where they probably filmed a segment for Jim’s 1966 Wilson’s Meat sales film featuring a bacon-lover among the cactus). He loved the desert and set his 1968 screenplay, written with Jerry Juhl, Tale of Sand, there. Of course, some of Jim’s most memorable desert scenes are those featuring Kermit and company in The Muppet Movie.

See Jim’s parody commercial set in the desert created for a Wilson’s Meat presentation film in 1966. 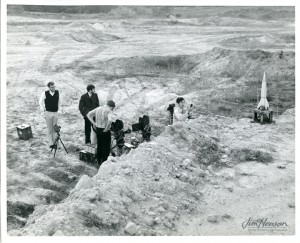 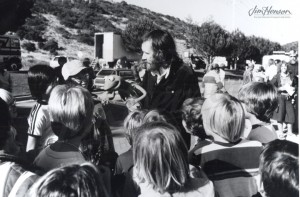 Jim and Kermit during The Muppet Movie shoot, 1978.