Jim was not disappointed by his choice of David Bowie as Jareth, the Goblin King. Late in the shoot, Jim told his staff that Bowie had, “added a truly magical spark as Jareth.” His tall, lean presence was a perfect contrast to Brian Froud’s earth-toned and compact goblins, highlighting their delightful design and eccentric personalities. Creating this population was a joy for Froud, and his imagination was overstuffed with a diversity of goblins. Inspired by the drawings and etchings of northern European artists like Albrecht Dürer, Froud produced page after page of sketches. Collaborating with screenwriter Terry Jones, he compiled a goblin catalogue complete with clever names and descriptions. Published in 1986 as The Goblins of Labyrinth, it gave readers a window into the depth of the film’s creative thinking.

See footage from the film. 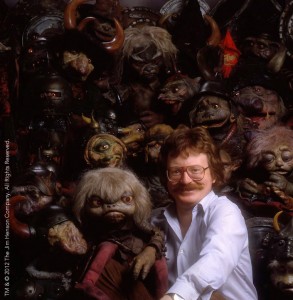 Brian Froud with some goblins. 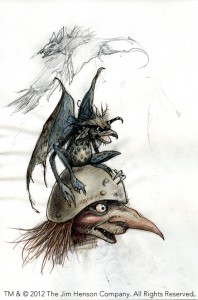 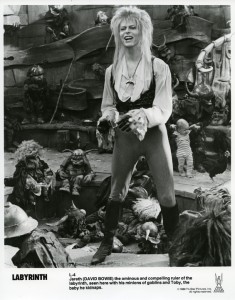 David Bowie with some goblins in Labyrinth.