As early as 1970, Jim thought about creating animated sequences using computers, and he used the nascent technology for some Sesame Street counting films. He kept abreast of developments in the field and looked for opportunities to incorporate computer-generated images into his work. An outer-space television project called Starboppers in development in the early 1980s seemed like an ideal match. Jim got in touch with Digital Productions, an LA company whose Digital Scene Simulation capabilities had evolved from their early work shot on mechanical analog computer systems. The firm’s principals, John Whitney, Jr. and Gary Demos, had worked on Westworld and 2001-A Space Odyssey respectively. At the time of Jim’s meeting with Digital in 1983, they were in production with The Last Starfighter. While Starboppers was planned to be a puppet production, Jim imagined that the background sets would be digitally created and the characters would perform before a green screen. The puppeteers, while performing, would watch their performances on television monitors, but instead of the green screen, they would see their characters within the virtual sets. In the end, the project did not come off, but this technique with digital backgrounds was eventually used by the Henson Company in 1995 with the production of The Wubbulous World of Dr. Seuss.

Jim was still very interested in collaborating with Digital Productions and, in 1986, he arranged to work with their creative team to produce the Labyrinth opening title sequence, featuring a flying owl. Within two years, Jim began to explore a marriage of digital animation and puppetry with the development of the Henson Digital Puppetry System. Using what he knew from the Henson Performance Control System (the radio controlled puppetry used to help Kermit ride a bike and, most extensively, in Fraggle Rock), Jim joined forces with Pacific Data Images to create a digitally animated character for The Jim Henson Hour and MuppetVision 3D. Brian Henson continues his father’s work in this area – the Henson Company’s current PBS Kids show, Sid the Science Kid, is produced with the digital puppetry system.

See behind the scenes of The Wubbulous World of Dr. Seuss and Sid the Science Kid.

Learn more about the start of digital puppetry at Henson. 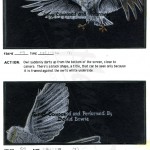 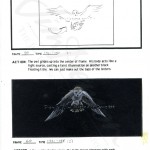 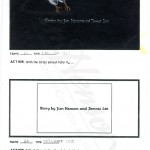