For one of the Muppets’ twenty-five appearances on The Ed Sullivan Show, Jim chose “Java”, an abstract bit originally conceived by Frank Oz for television variety show appearances. It featured two dryer-hose creatures dancing to Al Hirt’s recording of the song by the same name. Jim and Frank first performed the piece on Al Hirt’s Fanfare in 1965, and after the Sullivan Show in 1968, Jim used it again on The Muppet Show and The Tonight Show. Typical of how things work with the Muppets, the piece ends with an explosion and the little guy gets the last laugh. 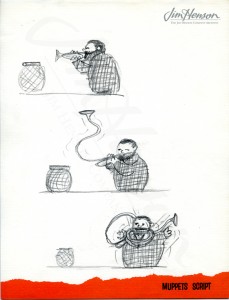 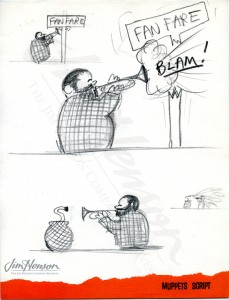 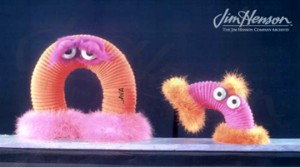 This entry was posted in 05-May '68, 1968, Appearances and tagged Al Hirt, Frank Oz, The Ed Sullivan Show, The Muppet Show, The Tonight Show. Bookmark the permalink.