For his live appearance with Nancy Sinatra in Las Vegas in June 1971, planning started just a couple of months before. Within two weeks of the May meetings with Sinatra and her husband Hugh Lambert, an outline was complete for the show. Several revised versions went back and forth during the following three weeks. Jim (with Jerry Nelson, Frank Oz, and John Lovelady) packed up his puppets and arrived in Vegas on June 8th. After a week of rehearsals, the show opened at the Hilton International June 16th. A taped (though never televised) version of the show was made in August. 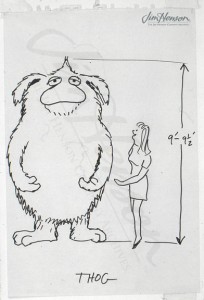 Jim’s concept for a duet with Nancy Sinatra and Thog. 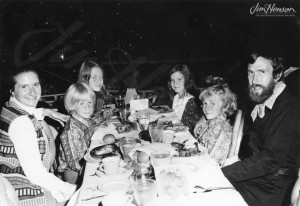