From the time they met in the early 1980s, Jim felt a great affinity for writer, comedian, and sound artist Fred Newman. By the time Jim went into production with his live-action sitcom pilot, Puppetman, he felt such a strong connection to Newman that he asked him to play the lead, a surrogate for Jim in a story taking place behind the scenes of a children’s television show. Newman had been a writer on Muppet Magazine (starting in 1983) and a writer on the Muppet Show Live arena shows, giving him a chance to interact with Jim in a meaningful way. He sent Jim a copy of his book, Zounds! The Kids Guide to Sound Making which Jim enjoyed and saved among his personal files.

Hear Fred Newman describe his friendship with Jim and his experience on Puppetman. 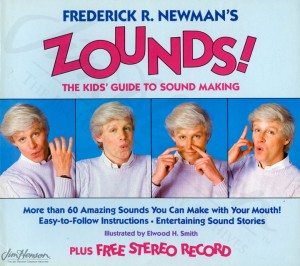