As far back to his first trip to Disneyland in 1960, Jim recognized the ability of theme parks to bring characters to life in an incredibly powerful way. The possibility for interaction created a huge range of potential activities to reach children, and Jim imagined his creations in that sort of setting. In 1978, Jim and his Sesame Street colleagues began to think about a new kind of theme park, not on the scale of Disney’s nor with the same commercial intent, but a sort of over-the-top playground featuring the denizens of Sesame Street. It would promote fun exercise and healthy eating, inquisitive learning and stretching the imagination – a place where visitors could meet their friends from the show and expand on what they had learned from it. Development started in earnest the following year, and Sesame Place opened outside Philadelphia in 1980.

Over the years, Sesame Place has evolved. Things that did not work were closed and other areas, like Twiddlebug Land, were developed. The biggest change was the incorporation of a dedicated section for water rides and activities, creating a hybrid Play Park-Water Park that continues to welcome visitors every April. 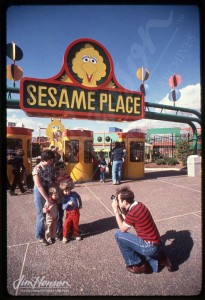 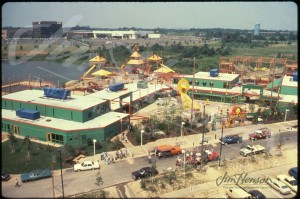 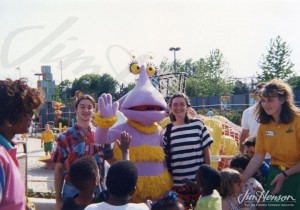 Cheryl Henson (right) and Laurent Linn (left) and an oversized Twiddlebug (center) at the opening of Twiddlebug Land in 1993.