When Jim went up to Toronto in April 1971 to edit his special, The Frog Prince, at the VTR Productions/Robert Lawrence Studios, this was neither the first time nor the last time he would work in that city. Early on, Jim discovered convenient and relatively affordable studio facilities in Toronto and a wealth of talented people trained in television production. He had been there briefly in March 1964 to film a commercial for McGarry’s sausage. His first time in the Robert Lawrence facility was in 1968, shooting the first of the Tales from Muppetland television specials, Hey Cinderella! (which eventually aired in 1970.)

Jim’s next project in Toronto was filming his “Experiment in Television” for NBC, The Cube, at the CFTO Television studio in 1969. He was back there in 1970 to shoot his special for Ed Sullivan Productions, The Great Santa Claus Switch. It was The Frog Prince, back at Robert Lawrence, that would introduce Jim to many creative collaborators for future Canadian projects. Bill Beeton was the set designer and went on to design sets for The Muppet Musicians of Bremen, Emmet Otter’s Jug-band Christmas, and Fraggle Rock. Stephen Finnie did set decoration for Bremen, Emmet Otter and Fraggle Rock. Over the four years of taping Fraggle Rock, Jim’s American team developed close connections with the many Canadians working on the show. Along with Beeton and Finnie, there were numerous performers, composers, producer Lawrence Mirkin, and the music director Don Gillis, all Canada-based. When it came time to shoot Jim’s 1989 series The Jim Henson Hour, his group returned to Toronto and Gillis, Mirkin and Fraggle performer Gordon Robertson worked on the show.

Learn more about the The Frog Prince. 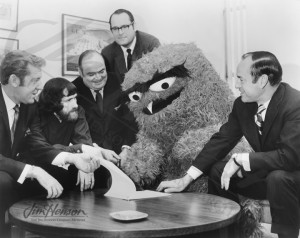 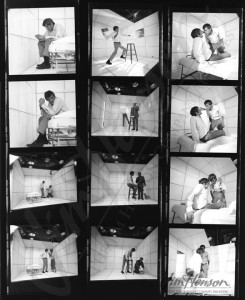 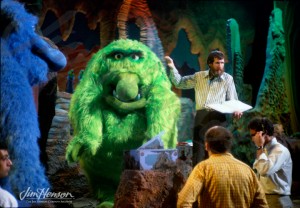 Jim on the set of The Great Santa Claus Switch in Toronto, 1970. 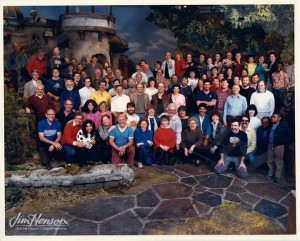 The cast and crew of Fraggle Rock on the Toronto set, 1980s.